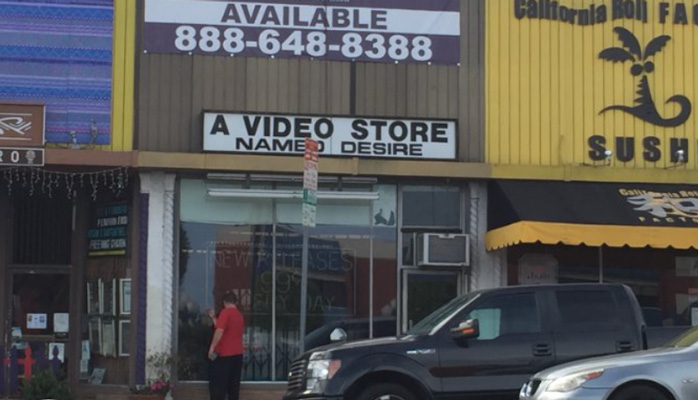 What keeps you coming back?

A few days ago I stopped by one of the last remaining "video" rental stores in West LA. When A Video Store Named Desire opened some 20+ years ago with its 99¢ daily rentals, and a 365 days a year schedule, it was quickly surrounded by Blockbuster, Hollywood Video, 20/20 video and a few Red Boxes all within 1 square mile. The video store survived and held on stubbornly in our changing neighborhood, while none of the others did.

I spoke with the owner as he was slowly unfolding bankers boxes to load up his remaining inventory. As an entrepreneur he was passionate about his store, his inventory and his customers. He work hard all day every day, handled a broad range of tastes and budgets with genuine care. Sometimes, he simply had to laugh when on more than one occasion, people would bring in 107 pennies to pay for a 1 day rental plus tax!

At times, when I couldn't find what I wanted, he knew exactly where the bodies were buried and in an instant located that rare find. It was these small things that brought me and a supportive clientele back, again and again for over 2 decades.

When I asked him why he was finally closing down, (assuming wrongly that it had to do with a new generation of challengers to his store: Netflix, Hulu, HBOgo, Crunchyroll, Crackle or whatever else is out there), his answer was direct: "To take care of my Mom who is very sick right now and I want to be with her."

I guess he knew that he had held on to what he valued for as long as he wanted to and now it was time to help someone else hold on.

What do you hold on to that you care about deeply and what are you willing to give it up for?