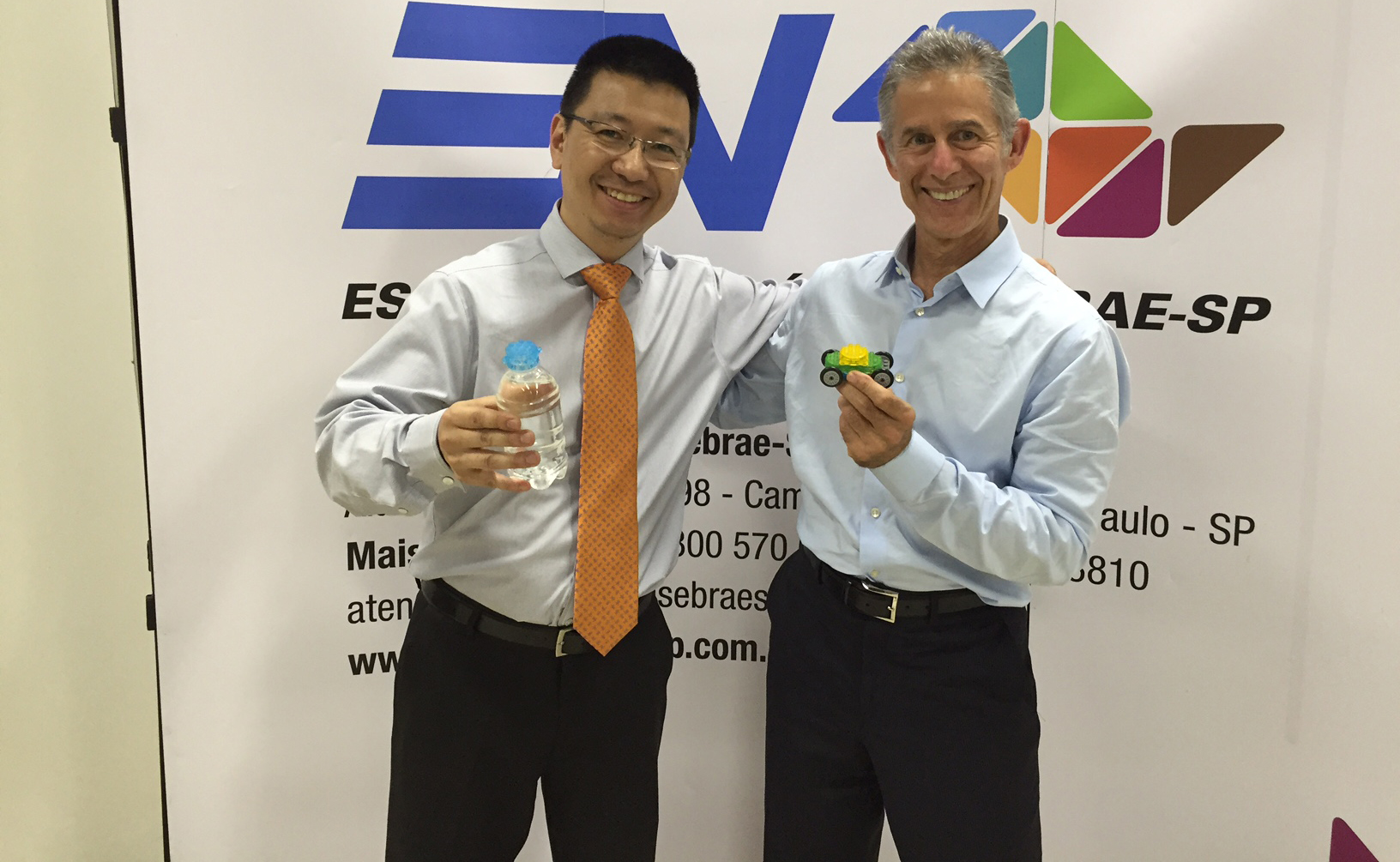 Innovation, Duplication and the Entrepreneur

As an entrepreneur, do you place greater value on innovation or duplication?

At a recent event with Brazilian entrepreneurs I met Henry Suzuki founder of Axonal. When Henry shared his innovative patent for using small plastic bottle caps to create toys that would fit onto existing Lego pieces, his whole face lit up. He had spent many years working on making sense out of the sea of patents to find a new and better way for people to reuse a simple plastic bottle cap.

Peter Drucker said, that for businesses to last in the long term, they need to focus on 2 things:

Interestingly, while writing this post, I got an update from a Linked In member I know and respect. His story struck a cord, as he shared the downside of what innovators face as entrepreneurs:

I had met David back in 2012 when he was launching 15Five and he had the same enthusiasm and sense of purpose that I saw in Henry. It was the energy that accompanies a mindset fired up with innovation.

So, the did folks from PeopleSpark do a full R&D (rip off and duplicate) on 15Five, or were they being innovative? In my experience, when the R&Ders talk about what they do, it's generally done with an air of "cleverness" almost bordering on being smug. The wry smile on their faces is not coming from a place of authenticity, as they're not seeking to improve the world around them, they seek to take from it.

When I asked Henry why was creating this new bottle cap, (numerous versions have been created by others) was important to him now, Henry passionately shared his vision: " If I were to come across a child, building or playing with these bottle cap toys, in a remote part of the world, my feelings would be indescribable."

Hard to imagine that the duplicators will ever have the same feeling, since impacting our world positively is rarely their purpose from the onset.

Where do you operate best as an entrepreneur, as in innovator or a duplicator, and how do you do this successfully?