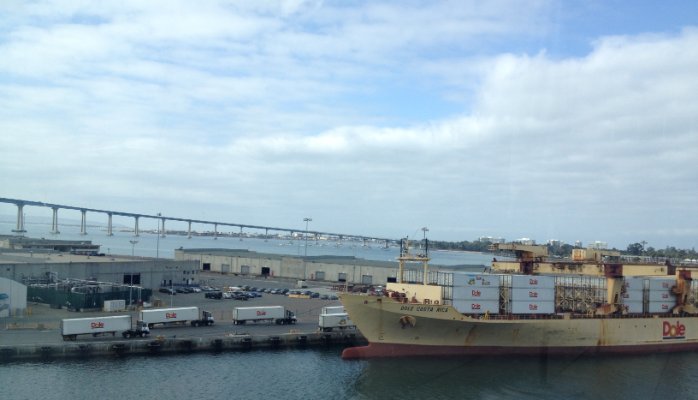 Much like those giant container ships that shut off their engines while they are miles out from their destination, and use the momentum they have built up to arrive efficiently, our bodies and minds operate in similar ways.

Recently, I was speaking with Dr. Chris Reichardt a leader in sports healing, and he shared the following with me:

When you are running on momentum you use less energy and consequently can go further using less resources. We have a set amount of energy each day and if we burn it up too early, then all that is left are fumes. And, if we are unable to break that cycle, (no sleep, increased stress, poor diet, etc.) then we are only adding more fumes to our tank, until there's little left for the long haul and something gives.

Running on momentum is actually less exciting and a lot more productive. If one is used to always running on fumes, it can almost feel like you're walking (in other words, not moving fast enough). Dr. Reichardt calls it, being in the Green Zone. For many, this is the optimum pace to be operating at, and over time, it becomes apparent which one is sustainable.

Just look at the best marathoners in the world who seem to glide effortlessly for 26.2 miles while the rest fall further and further behind. With their tanks emptying and their fumes rising, the strugglers enter the Red Zone.

When one is operating in the Red Zone, everything seems challenging and panicky. Many people make the mistake in thinking that running on fumes equals excitment and can become addicted to the adrenalin rush that initially feels exciting. This is actually counter productive over time.

So how does this relate to business?

Just like in the above image, as the large ship (company) docks, it creates a flurry of activity for the waiting trucks (staff) who in turn, distribute goods to the waiting outlets (customers). If the ship misuses resources (energy) over the course of its long journey (fiscal year), it risks creating a different kind of momentum; deadlines are missed, costs go up and stress increases across the organization.

Which one do you or your company run on, momentum or fumes? If you're on fumes, what will you do differently to alter the pace?