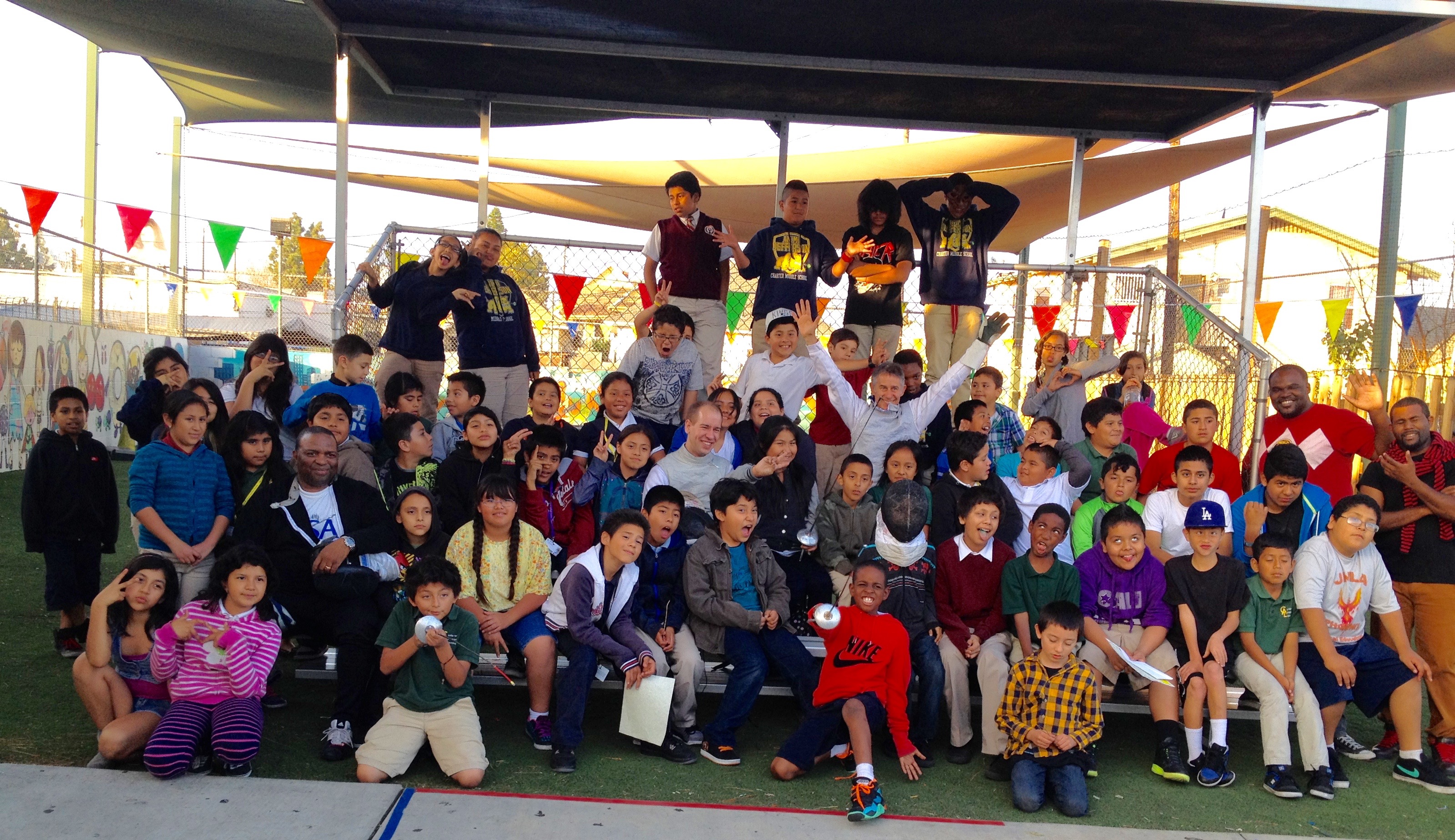 When was the last time you did something simply because it felt right?

A while back, a few fencing friends, (yes I'm writing about fencing again) and I got together to spend an afternoon at A Place Called Home, that provides after school activities for inner city students in East LA.

We had no idea what to expect and only knew that we'd be doing demos for several groups of kids. We thought we'd be in a classroom and have to move a few chairs around or in their dance studio, as fencing really is an indoor sport. We ended up on the edge of their outdoor basketball court, while the seniors played bball right behind us. We had the challenging task of engaging 12 - 15 year olds during the 2 sessions. It took a while for the restless crowd to settle in and focus. And, as soon as the demo was over, we were quickly surrounded by curious minds that commandeered some of the equipment and started swinging away in true musketeer fashion, (thankfully our instant reflexes took over and they were quickly disarmed). What we found rewarding, was their curiosity as their faces and eyes lit up once they experienced something new and very different.

That afternoon was a very small part of what so many others do on a much larger scale. An EO member I know has a foundation, Mali Rising that builds schools in Mali. Last week I met another entrepreneur who founded Wijaba, he builds libraries in Mexico and Indonesia. These projects impact the futures of so many children thousands of miles away from where they live. When asked why they commit to these far away projects, the answer was: "it just feels right".

Somehow, for that brief moment, the feeling of a few fencers on an outdoor basketball court was as uplifting as building schools and libraries in places far away from East LA. Why did it feel good? Simply put, the smiles on faces of the children.

What drives you to have impact on the lives of other children, either locally or globally?