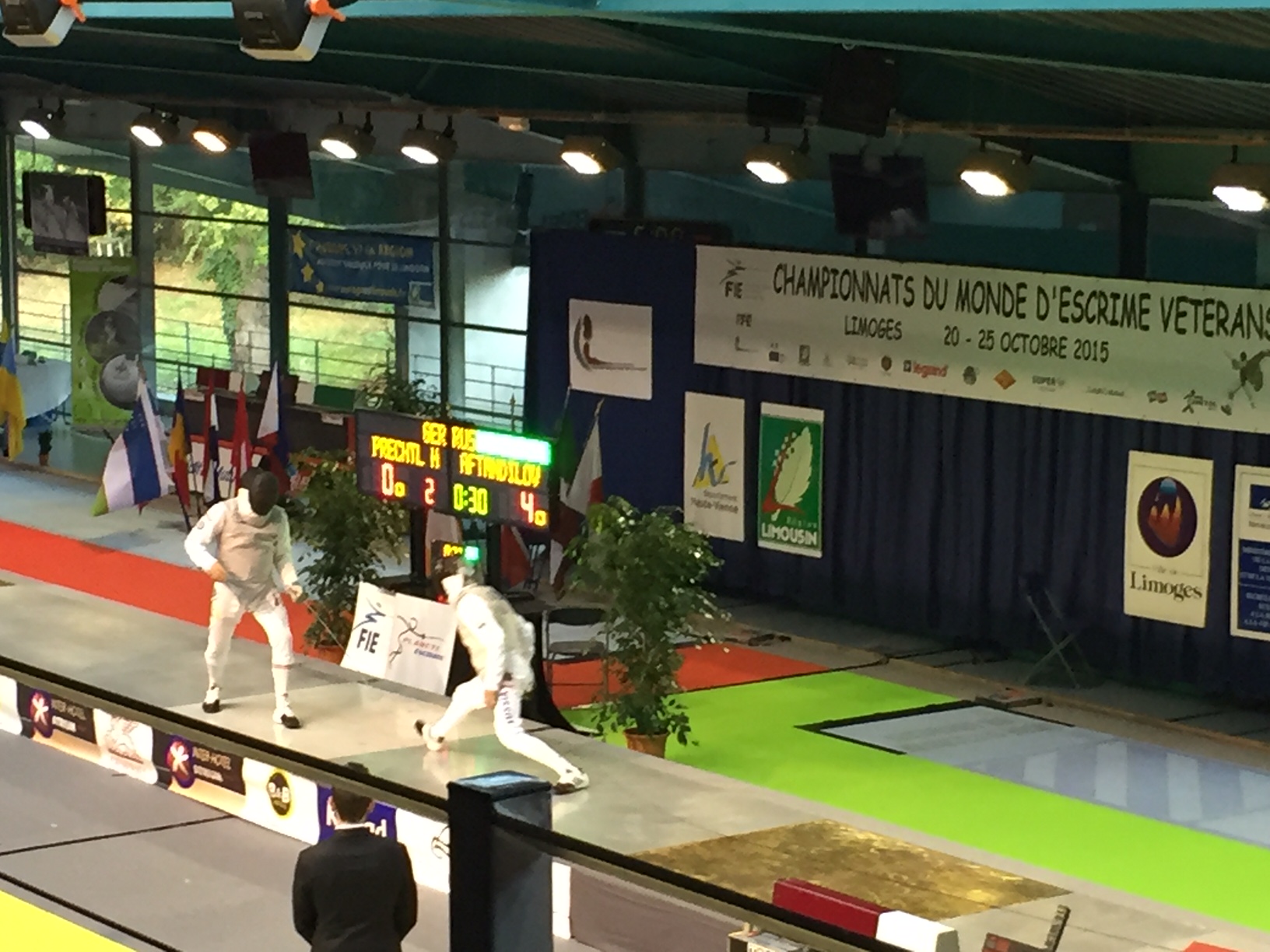 What does it take to keep you in the game regardless of age?

This week I competed at the 50+ age group in Veteran World Championships in Limoges, France. Prior to our event, fencers in the 70+ category were battling it out for their chance at a medal. They parried, collided, shouted, fell down and got back up like nothing happened. Their masks were on and so was their game!

These athletes had fenced several rounds and were going for a win every time they were on the strip, which took most of the day. With 1 day's rest, one top 70+ fencer from each country would represent their nation in the team event; which takes one fencer from each age group (50,60,70) to compete in a relay event to 30 touches. Imagine what they are putting their bodies through!

I wanted to learn more about their mindset as competitors and why were they still competing, when many people, far younger than them, choose not to be as active?

After several animated conversations, here's a grouping of their responses:

They took great pride in representing their country whether it was their first time or something they had done 50+ years ago.

Sports and all physical activity allows you to be powerful, playful and precise. These are important to one's body and mind as you get older.

Better than watching tv and getting soft both mentally and physically. An active body equals an active mind, as much as an active mind engages to activate a body.

Most still believed they had a few more years in themselves and would do better next time. They couldn't wait to get back and train for next year.

It's the time spent at their fencing clubs, that leads to a moment on the main stage that matters.

Injuries are par for the course. Never be afraid of what "might" happen.

Some felt this was their last year and it was time to stop. Others still had the desire to win and were pissed off when they did not.

What stage are you at in your life, and what will you do to live as fully as a 70 year old fencer?